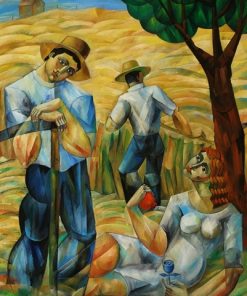 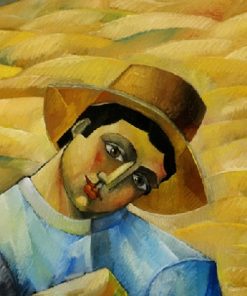 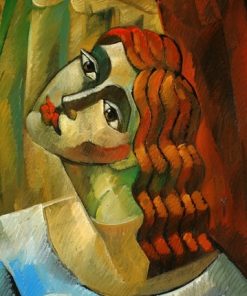 A Man works with his hands, his heart and his soul

With beads of sweat falling into the wind

Mixing with the aroma of the wheat field

Promising the gift of the harvest

The Harvest tells the story of hard work, sacrifice, and rewards.  Through this painting, Yuroz delivers an evergreen message, celebrating hard work and reminding us of life’s simplest pleasures: our rewards from the harvest and the pride, love and joy of a working man.  Yuroz hopes to inspire us to continue to dream even through challenging times as after hard work comes the harvest.

Yuroz, by nature, is very aware of his surroundings, and deeply in tune with the times in which we live . Many artists use their creative process for hiding from reality but for Yuroz, reality is in every fiber of his work. This is paramount to his creative life.

Yuroz was inspired by a great American artist associated with the Regionalism movement whose paintings often depicted the resilient spirit of the American people during the1930’s depression.   Thomas Hart Benton portrayal of everyday ordinary people doing common things depicted the realities of agrarian life and the pressures of industrialization.  Even though Benton’s treatment of this subject matter points to an underlying social commentary on the tension between rural and city life and the disparity between idealized imagery and harsh reality, Benton’s humanity and his admiration of American life and its people touched a cord with Yuroz.

Wanting to express his love of humanity and our survival spirit while celebrating capsules of joy and rewards, Yuroz began to create many sketches and small studies of new style inspired by Benton’s depiction.  Benton’s influence became very much a part this Yuroz painting, The Harvest. In this painting Yuroz, like Benton, makes the working man the central subject of his work. He paints the man who relies on himself, on his hands and his hard work. Even though things are not easy, the human spirit and our desire to survive is strong.

There are no reviews yet.